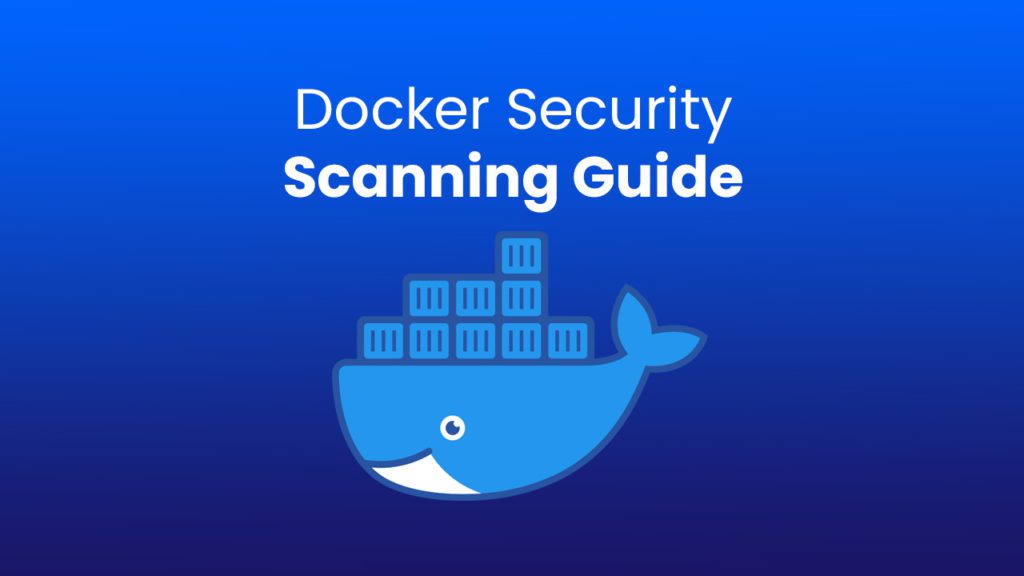 Docker is changing the way developers are creating applications and continues to grow in popularity, as evidenced by its over 10 million users and over 242 billion pulled images. However, while the platform and its ingenious containerization methods dramatically accelerate application development, programmers are realizing a growing need for further security maintenance and increased demand for container maintenance. These security and maintenance needs are in addition to standard code responsibilities. Because developers or programmers have limited time, integrations with security platforms, such as SOOS, are vital to application development, especially when it comes to Docker security scanning.

Making the most of Docker and SOOS security requires understanding the platform and the importance of security scanning. Therefore, before delving into security issues, it is essential to overview the Docker platform and its capabilities, revealing the reasons it is such a unique tool.

As a collection of PaaS or platform-as-a-service products, Docker uses OS-level virtualization to allow services and applications to operate within dedicated containers or sandboxes. For developers who want to avoid installing native software on their computers, Docker provides the ability to install all service dependencies inside a container, avoiding the common risks and redundancies of traditional development.

The significant benefit of this approach is the ease of distribution. Through Docker containers, an application’s complete working environment can be distributed to any individual, either inside or outside of your team.

The one thing that often trips up Docker beginners is understanding how to dictate tools and dependencies to a specific container. Thankfully, Dockerfile is designed for this precise purpose.

In the process of developing an application, developers need to prepare containers with specific dependencies and tools. While this can seem like an overwhelming process, the Docker system makes it much easier using a Dockerfile.

Uploading all the pertinent information into a Dockerfile informs Docker how to prepare a container. With all the necessary instructions included in the file, it is possible to “build” an image.

Sharing images can be performed in two ways: sharing the Dockerfile blueprint or directly sharing the image. If developers want to enable the rebuilding of the file image, they can provide the blueprint to other team members or users. However, if developers only want to share the image without requiring users to rebuild it, they can offer the images directly. A Dockerfile can help streamline the development process, but every image must be scanned for vulnerabilities to protect the project.

When considering security strategies for Docker images and containers, security scanning should be a core part of any strategy. However, it should not be the only line of defense against insecure code or security flaws within the image.

Image scanning ensures reliable and secure building blocks are present in your container, minimizing concerns over common application threats. However, scanning only parses programs, packages, and dependencies for known threats and vulnerabilities. While container scanning is essential to development workflows, it helps to pair basic scanning with more robust security platforms.

SOOS offers a modern SCA tool to check and stay on top of vulnerabilities and license exposures within your codes and containers. Integrating the service with Docker containers provides a deeper scan of dependencies and pipelines to ensure everything is secure before pushing it to the Docker Hub or another registry.

With the SOOS monthly service, a developer can scan open-source projects, identify vulnerabilities, fill compliance worksheets, and generate SBOMs. When developing applications, security is vital to the project’s longevity. SOOS is a service with a sterling reputation as the open-source software security provider for everyone, providing affordable and up-to-date security scans and much more.

While there are many security scanning tools available, none are as affordable or as streamlined as SOOS. You can protect your project against a growing list of vulnerabilities (over 145,000 and counting!), and unwanted license types with a low monthly payment.

Before pushing container images to Docker Hub or similar registries, it is crucial to locate and fix vulnerabilities, which is the purpose of Docker security scanning. Allowing a container image onto a registry before scanning it is potentially dangerous to a project and ultimately can make for more work if any vulnerabilities are identified later.

Some developers feel secure using specific container orchestration services, such as Kubernetes. While these services do advertise strict security policies and protocols, the level of security does not necessarily meet the demands of the current developer market.

Kubernetes has pods instead of containers, and the service provides in-depth analysis on how to run pods securely. However, the security offered or promoted is for the pods themselves, not the code, services, or dependencies running inside them.

The responsibility of program or application security resides with the user. The code and programs used to create clusters or containers must be scanned for weaknesses and known vulnerabilities, or the entire application or container image is at risk. Security scanning is always essential to project development, regardless of program or platform claims.

Learning the Types of Security Scanning

Vulnerabilities in code can be lurking in many places within a container, and they all present risks. While you can use databases, such as CVE, to scan for vulnerabilities, sometimes the scan is too limited, meaning multiple scans are necessary. There are several scanning tools and security services available to review Docker containers, including:

While developers often wish for a tool that provides a 100% security guarantee, no such program exists. However, a reputable security scanning tool can significantly reduce the risks of vulnerability issues in a Docker image, container, program infrastructure, or application.

For the most secure applications, it is best to work with services and tools that promise constant monitoring of open-source projects, providing real-time alerts and notifications whenever something appears awry in Docker containers or with the code. Additionally, developers should stick to Docker security best practices to further reduce the risks of introducing vulnerabilities into their programs.

The most efficient and secure way to create container-based applications is with security scanning tools. The tools you use can help create a more stable application.

While the Docker Desktop tool helps streamline the basic security scanning protocols, it can be a bit confusing when first getting started. Therefore, to help novice developers utilize the benefits of containerization and scan initial images, here are straightforward guidelines. The following five-step process will help developers update their system, log in to the Docker platform, scan their first image, and filter through the results. Once complete, the user can fix any discovered vulnerabilities before pushing images into Docker Hub for further development and sharing.

For developers who have had Docker Desktop for some time, it is possible that you are not working with the most updated version of the tool. With Docker Desktop 3.3, the developers allowed for greater update flexibility, meaning automatic updates were no longer a part of the programming. Instead, developers now receive reminders of available updates that they can schedule at their earliest convenience. Typically, you only need to restart your computer after downloading the required updates. You can check for available updates under the first available tab in the desktop software.

Docker Desktop operates like most other applications. When users click on the desktop icon to open it, they will be greeted with a screen requesting login credentials. If this is the user’s first time using the platform, there should be a link to create an account. Users have access to 10 free tests of container images per month, but more scans will cost. However, depending on other security tools a user is subscribed to, there might be options for more free scans in the system. Developers need to check with Docker or their preferred scanning tools to find out more.

If users are only interested in a basic scan of a single Docker image, they can use the command: docker scan myapp:mytag. This scans a single container image for vulnerabilities. However, many developers require more in-depth information, wanting a scan to produce more granular results than a standard command will retrieve. Users interested in a deeper dive into the particulars of their container images need to use additional flags with more specific commands.

Docker security scanning often returns numerous results, which can be a nuisance to sort through without organizing or excluding certain results. Thankfully, you can use a few different flags to make filtering your results more manageable.

Using the –exclude-base flag ensures the results ignore vulnerabilities originating in the base image, allowing users to focus on their container image. For the flag to work correctly, users must use it with the -file flag.

The –dependency-tree flag includes a package dependency tree to make tracking down issues easier. This tool is used in combination with the vulnerability scan.

Finally, the –json flag allows users to control the output of scanning results. When used in combination with the jq tool, users can further filter out results using other keys, including:

Docker Desktop is a valuable and prevalent tool among developers and programmers. Its containerization of images drastically improved the speed at which applications can be created. However, with the positive changes came security risks and increased maintenance. Thankfully, open-source security scaning tools and services, like those offered through SOOS, can help mitigate any issues. Contact a SOOS representative to discuss the benefits of this affordable security plan.