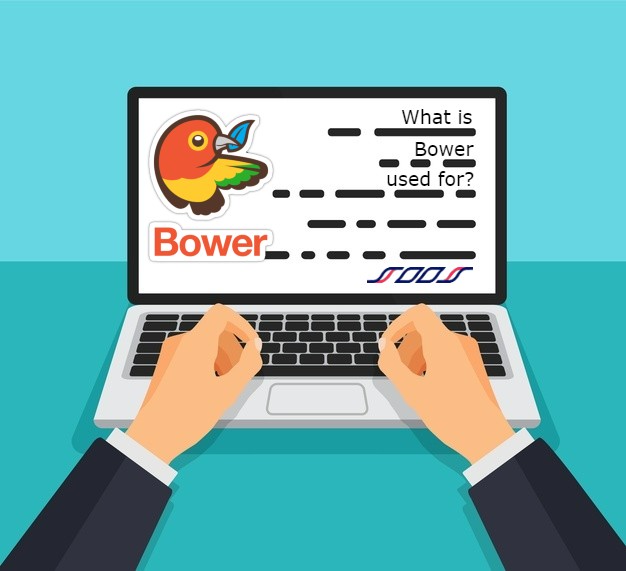 Bower was once the most popular front-end package manager to use for web development projects. It took the legwork out of finding, installing, and saving appropriate versions of external software packages.

Bower was built at and released by Twitter in 2012. The creators’ goal was to automate some necessary tasks related to dependency management to allow programmers to concentrate on building development projects rather than doing housekeeping, so to speak. Since its conception, many additions and changes have been made by several contributors.

What is Bower used for? In a nutshell, the features Bower offers include:

Although Bower was a powerhouse in its prime, other package managers caught up to and surpassed the capabilities of Bower and the features it offered. In 2017, the creators of Bower chose to deprecate it. Although the package manager is still maintained for current users, it is no longer recommended for use. The Bower website, bower.io, states: “…psst! While Bower is maintained, we recommend using Yarn and Webpack or Parcel for front-end projects” and offers assistance to current users in migrating to the other package managers.

What Are Package Managers?

Software packages are a combination of several modules that work together. A popular example is the Microsoft Office Suite — it includes Excel, Word, Outlook, and other components. Some of these modules have dependencies on other modules.

Package managers can, as you might expect, manage several types of software packages and components and their dependencies. Package managers are automated software tools that simplify several necessary tasks, such as finding, installing, uninstalling, configuring, updating, and maintaining software by entering simple commands. They manage libraries, utilities, and frameworks, along with images, scripts, and plugins.

Package managers maintain a manifest file, which is a list of all dependencies in a repository. Other metadata is also included, such as the vendor, name, summary of the software’s uses, and version number of all the software contained in the library.

Dependencies mean that certain aspects of software depend on another part to function correctly. The second part may rely on other software or components as well. Some developers use many different tools when building their projects, and with that multitude can come a multitude of dependencies. Similar to a family tree, these dependencies can branch out into a dependency tree with still more branches. To make things even more challenging, the dependencies must be loaded in a specific order.

Initially, Bower was a popular dependency manager in part because it offers a flat dependency graph. Bower users can select the individual packages to be installed. In contrast, other package managers might find and install dependencies automatically, even downloading more than one copy of the same package at times if multiple programs require the same dependencies to run. Trying to sort through the unnecessary components other package managers automatically downloaded could be frustrating, to say the least. In fact, there’s a term for that frustration: dependency hell.

What Is Dependency Hell?

Say that one part of the software package depends on a particular version of another one. If the second module is updated, it can cause significant issues because the first part won’t work. The problems can branch out exponentially in a domino effect.

Several components might depend on a single package, but not necessarily the same version of that package. At times, only a single version of package “A” can be installed. This issue can be worked around by utilizing a different version of the packages that depend on “A,” but that may create problems with other components up the line.

Because each development project can use so many tools, it can become a full-time job just to keep up with all the dependencies. If updates need to be installed, the updated versions of the modules may conflict with others that are already in place. To reduce the risk of dependency hell, developers should use intelligent dependency package managers.

Think of it almost like prescription drug interactions: The properties of one medication may conflict with those of another. Dosages may have to be juggled or medications changed to a different variation to negate negative interactions. Now imagine having to manage the drug chart of every patient in a hospital instead of just one — manually. Hence the term “dependency hell.”

What About Security Management for Bower?

If an external software package contains vulnerabilities, any new projects that use it inherit those vulnerabilities and then pass them on if they are not found and addressed before releasing the new build. An example of this type of infection spreading is Bower, which was found to have a security vulnerability in its zip archives. Since Bower is so widely used, that one vulnerability may have affected many other projects that execute using Bower.

How Does Security Management Decrease the Risk of Software License Exposure?

Most computer users vaguely know that there can be security risks when using their devices and that those risks can affect their devices. They may or may not use security software or firewalls because their security risk is somewhat unclear. Developers, however, understand that security is critical, especially when working on a project.

From a programming standpoint, security vulnerabilities can potentially be harmful to the development project and operating system. These issues can affect end users if vulnerabilities are found in their projects after release.

With so many open source software packages on the market being used as components of project development, there are more chances of using external software with security risks or bugs.

Software that has been released is sometimes subjected to audits to determine if the creators possessed the licenses to any open source software used while building their own projects. These audits assess if there is any legal misuse or piracy of open source software. If all necessary licenses are not owned, liability issues are created. Developers need to employ security measures to analyze the composition, required licenses, and vulnerabilities for all of their development software to decrease the risk of licensure exposure due to non-compliance.

An additional aspect of security that developers should address is monitoring a project’s dependencies after the web application is released. Although it may not have had any vulnerabilities at that time, problems can develop later. Package managers can keep track of new software after its release to detect these issues to implement fixes, further reducing legal exposure.

Can Package Managers Be Integrated With Other Build Tools?

Some of the tasks other tools can perform when integrated with Bower or other package managers are:

The use of integrated tools keeps track of the progress of multiple programmers who are working on the same project in real-time. This integration can effectively manage the team’s project building processes, assign duties to specific individuals, and increase productivity. This governance is beneficial to both the project manager and team members because everyone can see the work that others have completed.

What Should Be the Takeaway From All This?

Using package managers can be incredibly beneficial to users because they can accomplish multiple necessary tasks while allowing developers to focus their time and effort on writing code. Among other benefits, their real-time security features help to minimize license exposure risk by scanning and cataloguing the packages used in a project.

Although Bower is deprecated, there are other front-end dependency package managers available.
SOOS can provide the affordable protection you need, from license exposure to vulnerability identification, and it can help you catch problems early in your SDLC with its variety of CI/CD integrations, configuration options, and project governance capabilities.

npm vs Yarn
Bower vs NPM