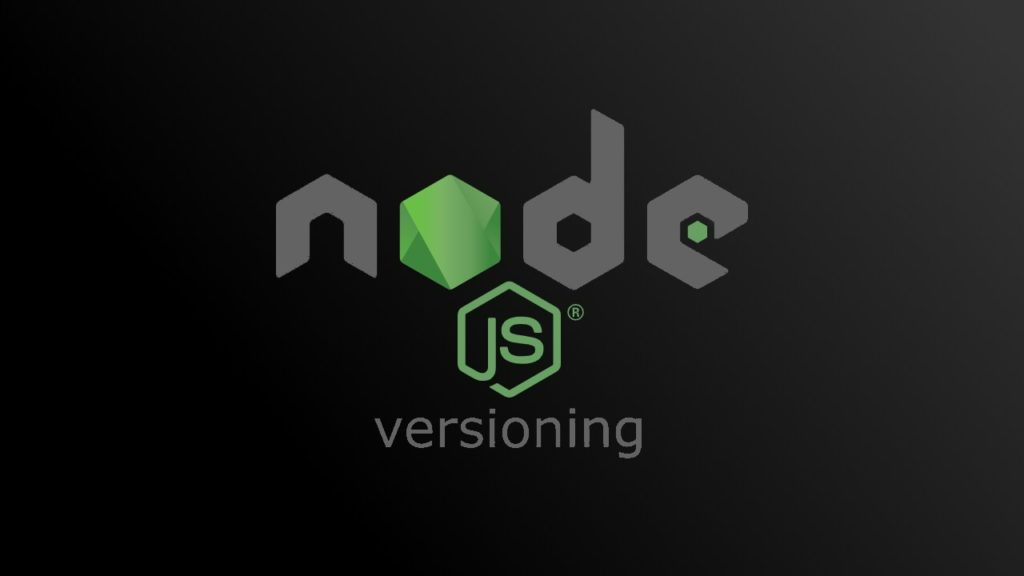 Whoever said, “The more things change, the more they stay the same” never wrote code for the Node.js environment. Since its 2009 introduction, Node.js has epitomized the dynamic nature of web application development. That dynamism spawned countless web applications. The same rapid pace of change also brought a headache for developers: Node.js versioning. Thankfully, now there are tools and techniques to tame version aggravation.

The Node.js runtime environment liberated the powerful and flexible JavaScript language from web browsers. Ever-widening developer acceptance drove demand for more features, prompting a Niagara of new version releases. After a few years, the team behind Node.js implemented a formalized schedule to bring order to the process.

The Move for Predictability

The heart of their strategy was assigning releases to a pair of categories:

The more extensive semi-annual version changes typically bring a dozen deprecations and several removals. Deprecations are a signal to developers to rewrite their code in line with the current syntax. Removals pose a bigger problem, as these mean some packages — and the applications that depend on them — will break. With ever-increasing package counts in modern web apps, finding a compatible Node.js version for every component across a project became more and more challenging. The upshot: Modern software development now effectively requires coders to switch between Node versions in a typical workday. The early solutions to this demand were not pretty.

Over three decades, VMs have proven an efficient way to test desktop applications for compatibility with multiple operating systems. Nonetheless, this approach requires installing the complete programming environment on each virtual machine. Beyond installation, each programming tool requires upgrades in sync across all VMs. Despite their one-click simplicity, the overhead of VMs makes them poorly suited for Node version switching.

Rather than take on resource-hungry VMs, some developers opted to perform a fresh installation of Node.js versions as needed. The installation cycle is relatively quick. If developers organized their workday, they could hold re-installations down to a tolerable minimum. While avoiding the bloat of a VM, re-installs sacrificed rapid version switching. Node developers needed an agile and low-resource solution. Their answer made a quiet entrance.

Frustrated with the existing solutions, developer Tim Caswell posted the first version of his Node Version Manager to GitHub in 2010. nvm was a Bash script that enabled users to choose between multiple Node.js installations by typing short commands into a shell. At the outset, nvm natively supported the Linux and Apple macOS operating systems. Though originating as a Bash script, nvm also plays well with the Dash, Zsh, and Ksh shells.

After a slow start, developer interest began to pick up in 2014. Usage continued to gain momentum and accelerated in 2018 with a series of user-friendly improvements. nvm-Windows, a separate project, won the support of Microsoft and expanded Node version switching to the massive Windows user base. Fast-forward to the present day, and nvm is now widely considered an essential tool for JavaScript students, corporate software engineers, and everyone in between. A look at the utility’s clever features reveals why.

Installation of nvm or nvm-windows is straightforward, but a careful reading of the troubleshooting guides heads off difficulties. With nvm installed, typing “nvm install” in the command-line interface is all it takes to download and install the most recent Long-Term Stable version of Node.js. Here are some other example commands:

What happens when a coder breaks for lunch, returns to the screen, and can’t remember the active version? Typing “nvm current” reveals the current active Node.js version.

For developers with packages on a worldwide registry, nvm’s friendly command structure makes compatibility testing a snap. Programmers can install a series of Node.js versions and test the package with successively older versions until the code breaks. Though nvm works well as a version switcher, some careful strategies can multiply the utility’s power.

Like carpenters, developers become comfortable with a collection of favorite tools. With JavaScript programmers, these tools often include Microsoft’s TypeScript, Facebook’s React tools, and Angular’s web platform. Add in specialized software for niche programming missions. Each of these tools has separate versions, and these iterations will only work with a limited range of Node.js versions. With this many moving parts, it can be challenging to zero in on a Node version that keeps a project from breaking. To pile on more complexity, developers frequently work on multiple projects requiring different Node versions. Happily, nvm provides a solution.

To function, nvm must park each downloaded node.js version in an individual folder. This structure means that developers are no longer limited to a single set of globally installed tools. For example, a developer may find the latest version of TypeScript breaks a project using Node.js 14.17.6 but works well with a second project using version 12.22.6. With the nvm file structure, it’s straightforward to install different TypeScript versions in the appropriate version folder. Using this capability, nvm moves beyond Node version switching and instead becomes a programming environment manager.

With individual Node.js folders customized for different projects, it can be more convenient to reference a Node version by name instead of a number. nvm’s “alias” command makes this possible. Some examples:

With aliases assigned, programmers may use names interchangeably with version numbers in nvm’s “use” command. Establishing naming conventions is a good practice for team settings. While aliases add user-friendliness, developers still must ascertain that they are using the correct Node version for the project. Automating this decision is surprisingly easy.

In the frequently hectic web app development environment, coding with the correct Node version for a project is critical. nvm’s “current” command reveals the active Node.js version, but a harried coder could easily forget to perform this check and waste hours coding for the wrong iteration. Ideally, beginning a project work session would trigger a change to the correct Node version. A one-line text file accomplishes just that. The process is as simple as saving a text file with the filename ”.nvmrc” in a project’s root directory. The file need only contain an appropriate Node version number matching this format:

SOOS Keeps Pace With Every Version of Every Tool

The intricate nature of Node.js versioning makes a compelling case for a seamless software compatibility analysis solution. Security is not an option when you deploy web apps. That’s why SOOS monitors a constantly updated list of over 150,000 vulnerabilities. A SOOS scan spots security risks in the development phase and highlights the threats on a user-friendly dashboard. CI/CD integration means you can break your build before vulnerable code ever makes it out into the wild. License compliance parallels the versioning challenge in modern software development. SOOS keeps developers in total command of compliance issues, scanning every file of every project and reporting the status in a dashboard. It works with most frameworks, languages, and CI/CD platforms in the modern software development workflow. While versioning remains a challenge for developers, SCA could not be easier: keep it simple with SOOS.