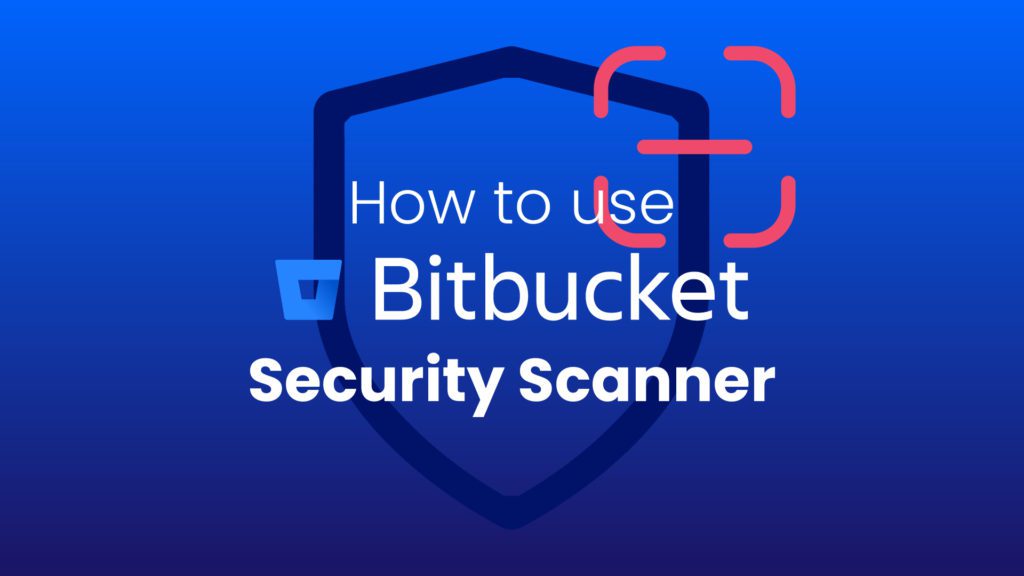 The code management software Bitbucket helps teams collaborate more cohesively to improve the integration of high-quality code. Core features are available to all Bitbucket users, while the choice between cloud, data center, or on-site servers determines a user’s accessibility to several valuable abilities. Bitbucket’s user-friendly interface makes it easy to monitor and track all pull requests, repositories, and projects.

Security for Bitbucket, or SFB, ensures that protecting your code is just as easy as managing it. SFB utilizes a security scanner to detect vulnerabilities within repositories, branches, and projects. The scanner’s standout feature, the Security Scan Report, allows users to visualize potential security threats at every level of development.

What Is a Security Scanner?

A security scanner sweeps through your code, system, and network to identify vulnerable elements. Common vulnerabilities include application programming interface keys, passwords, and tokens. In the wrong hands, this information exposes your code and makes it easy for external parties, including malicious hackers, to access, modify, or steal vital data.

Why Use a Security Scanner?

Manual or targeted security checks often fail to identify vulnerabilities, especially in commits, which update source code within the repository and make the change universal. Since commits are poorly and infrequently tracked, it’s not uncommon for them to contain vulnerabilities that fly under the radar of standard security checks. SFB, however, can easily distinguish commits that could pose a security threat if left untouched.

Who Can Use the Bitbucket Security Scanner?

Software engineers, developers, and teams can benefit from the enhanced security of the Bitbucket Security Scanner. SFB also helps security analysts and legal compliance professionals prepare for audits. Its user-friendly design and interface make Security for Bitbucket accessible to all levels of software developers.

What Are the Benefits of Using Bitbucket’s Security Scanner?

Bitbucket is one of many cybersecurity software programs, but its Security Scanner stands out thanks to its expansive capabilities.

Bitbucket’s Security Scan Report aims to simplify the process of reviewing vulnerabilities by providing a clear, user-friendly visual to detail and remedy risks. The interactive reports, which are color-coded so users can more easily spot flagged vulnerabilities, identify problems on a macro and micro level. When flagged, vulnerabilities are assigned one of five labels:

Security Scan Reports analyze commits from the global to the granular scale, even if those commits have already been pushed, making the report one of SFB’s most unique and attractive features. Exporting and downloading reports is equally simple and allows teams to share this vital information as needed.

The fact that SFB contains rules incorporated into the system means it can automatically scan more than 40 types of vulnerabilities. Capabilities for these built-in rules include identification of both public and private keys and patterns in the most popular cloud providers, such as:

In addition to these built-in rules, users can program a hook to recognize custom vulnerabilities. Tell the scanner what to find and which repositories to search, and the Security Scanner will check for those vulnerabilities from that point forward.

When it comes to convenience, SFB’s ability to scan legacy code is surpassed only by its ability to identify and reject risky commits before they are pushed. Users who prefer a more conservative approach to filter out vulnerabilities can instead set the hook not to reject commits but to warn team members of their existence.

How Do You Use the Bitbucket Security Scanner?

Perhaps the best perk to using Security for Bitbucket is that it’s free. To install the plugin, visit the Atlassian Marketplace or have a Confluence administrator locate it in the add-ons section of the software. Once installed, SFB and its unique features are ready to use.

How Can Clustering Improve Security?

To get the most out of SFB, consider the clustering feature in Bitbucket’s Data Center. Clusters allow users to group computer systems, so they act as a single unit instead of many individual ones. Each computer, called a node in clustering terminology, manages its own data, but other computers can take on a node’s work if that node goes down or requires a fix.

Software teams benefit from clustering because it offers:

Since nodes work together as one unit, performing a system update is simple. Teams can implement system-wide upgrades without interrupting service since other nodes can take over while their siblings are updated. This capability is primarily due to the fact that clustering increases failover, the term for shifting performance from one node to another when the original node fails or is manually shut down. As with upgrades, this means that a detectable issue in one node will not affect access to other Bitbucket features.

Similarly, clustering takes the work out of scaling up, as adding a new node does not require teams to shut down the entire cluster. Even better, teams are not responsible for paying a fee each time they add a new node to the network. Nodes sync data and app information, too, so it’s easy to implement changes without installing them on each node manually. Another perk is that adding new nodes does not decrease the security or the efficacy of the entire cluster. Adding new nodes allows the system to become more familiar with user performance and optimize response times.

While teams can choose just about any infrastructure they desire, Bitbucket stresses that servers and nodes have a few stringent requirements. Primarily, it is important to keep the Bitbucket server clear of all other applications except for the central operating system. This requirement isn’t as crucial with smaller clusters, but functionality decreases as teams scale up their systems. Limit Bitbucket to one dedicated server from the start to avoid having to make significant server changes mid-project.

Additionally, each node should connect to the same Bitbucket Data Center to function as one unit. Bitbucket also recommends that teams monitor connected nodes and protect them via a firewall to ensure no unwanted nodes can access the system. Combined with node passwords, firewall protection increases security. Connect each server via individual, physical network adapters instead of one extensive network system to avoid performance issues.

When it comes to storage, Bitbucket asks users to maintain a shared file system in one specific place and that the system be physically available to all nodes. Since this can introduce a host of problems and lead to inconsistent performance, Bitbucket currently supports only NFSv3.

Similarly, make sure the database is compatible with Bitbucket before committing to it. Bitbucket supports many platforms but does not allow MySQL, which struggles to perform when working with a cluster instead of an individual system. Amazon Web Service and Azure play well with Bitbucket clusters, as each offers templates and helpful configuration tips for deploying the Bitbucket Data Center. Amazon’s features include Elasticsearch, a code-searching cluster that can easily connect to the Data Center for higher availability.

If Bitbucket’s Data Center clustering sounds like a helpful tool for your software team, learn more about how to install and implement the cluster via Bitbucket’s installation and configuration guide.

What’s the Bottom Line on Security for Bitbucket?

Security for Bitbucket offers countless options for enhancing software and source code security, and its Security Scanner makes this process even more accessible. It provides teams with a report that details vulnerabilities and offers simple ways to fix them. SFB comes with built-in discovery rules and allows users to customize their own rules as needed. Clustering via Bitbucket’s Data Center enhances security by combining nodes into one system and closely regulating that system. While Security for Bitbucket provides useful tools, keeping software safe requires managing many different concerns, from open-source software licensing to vulnerability monitoring. For more secure development, let SOOS show you how the right package manager can revolutionize the security process. Get started on your free trial today.