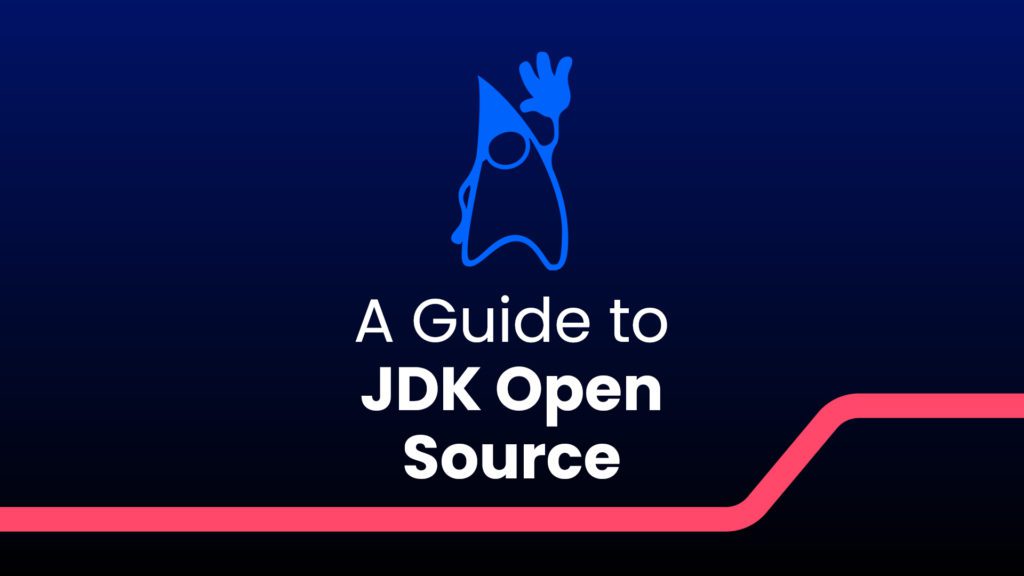 Countless software developers rely on Java when programming, and OpenJDK is the latest software to make working with code even more accessible. With OpenJDK, developers can move toward a system of increased cooperative work and better implementation practices. Fortunately, migrating to JDK Open Source requires minimal effort and costs little to nothing.

What Does JDK Mean?

A JDK, or Java Development Kit, is a toolbox that enables software developers to run and create code in Java. The kit’s environment differs from the Java Runtime Environment, which allows users to run applications only; those looking to develop apps in Java require a JDK.

What Is an Open Source JDK?

Software is considered open source when its original code is free and accessible to everyone. Open source code affords developers more opportunities to collaborate with other knowledgeable professionals to create high-quality software.

When Oracle purchased Sun in 2010, it opened up the development of OpenJDK, Java’s version of open-source software. The product was initially released in 2007 as an implementation of the Java SE Platform Edition. Oracle included the Java community in its updates to produce a more comprehensive open product. Oracle stressed that developers could expect to see regular feature updates from JDK Open Source from that point forward.

What Are the Advantages of an Open Source JDK?

In early 2019, Oracle made a significant change to its pricing policy. Whereas Oracle JDK was once available for free, it now requires developers to pay for access to Sun’s official implementation license. Without this license, users have no access to upgrades or product support.

On the other hand, OpenJDK provides free feature updates every six months and requires no subscriptions. While access to specific tools may require a fee, basic access to the source code is available for no charge.

One of the most striking differences between Oracle and OpenJDK is the intended release schedule. While OpenJDK has announced plans to provide releases every six months, Oracle JDK plans to update every three years. Oracle offers long-term support for these releases, whereas OpenJDK does so only until the next update. At that point, older versions become obsolete. Systems with frequent updates like this enhance overall security despite the fact that more people have access to the source code.

Although Oracle JDK tends to be more responsive than OpenJDK, the fact that OpenJDK allows more developers to access the software creates more opportunities to improve its speed. Third-party programmers hope to increase responsiveness by making small changes to the original software.

The performance-based advantages of JDK Open Source are less evident than other benefits. Because the Oracle JDK build provided the framework for OpenJDK, few unique features separate the two.

Nevertheless, Oracle JDK operates with more speed and precision than its successor. Since Oracle now requires payment for running Oracle JDK, product stability is a priority. This emphasis on stability does not exist for OpenJDK, and the result is notable performance issues. Frequent releases are beneficial in many ways, but they often lead to a less polished product. Most developers, however, are willing to take the quirks in exchange for more benefits.

How Do You Migrate to the Latest OpenJDK Release?

Fortunately, it’s easy to migrate from your current software to OpenJDK. Oracle has always supported Windows, MacOS, Linux, and Solaris. JDK Open Source supports each of these platforms and adds FreeBSD to the list. No matter which system you run, Oracle provides the step-by-step process for converting to its new open-source system.

How Do You Download and Install OpenJDK on Windows 10?

If you use Windows 10, these simple instructions can help you transfer your work from Java 8 or Java 11 to OpenJDK without deleting Oracle from your PC.

The latest version of OpenJDK is available for download here as a .zip file. Click on the link beside the Windows/x64 label, then designate which drive you would like to house the software. Your C: drive is the default recommended storage spot.

Next, locate the .zip archive. Right-click it, then select “Extract All” from the menu. Verify the status of your file before proceeding.

Install OpenJDK after you’ve downloaded it to your PC to create an easy way to locate its home. Type “env” into the search bar and choose “Edit System Environment Variables.” This system shortcut prompts the environment variables window to open.

In the window, select “New” and type “JAVA_HOME” into the variable name field. In the variable value field, enter “[JAVA_INSTALL_DIR]” and click “OK.”

To access all OpenJDK features, configure a PATH environment variable if one does not already exist. Locate the “Path” variable and select “Edit.” Next, choose “New” and enter “%JAVA_HOME%\bin” in the environment variables window. Select “OK” twice to close the window and confirm the addition of this new Path variable.

This setup varies somewhat if you are still running Windows 7. Add “;%JAVA_HOME%\bin” to the end of your variable value. This addition is in place of adding values to an existing Path variable, which Windows 7 does not permit.

Verify the integrity of your software with a simple test or two. First, click “Search” and type “cmd” to create a Command Prompt shortcut. When the shortcut opens, type “java-version” and press the “ENTER” key. This test asks your system to print the most recently installed version of OpenJDK. If the print matches the version you installed, you’ve successfully completed the OpenJDK setup.

For a comprehensive look at known issues with OpenJDK, refer to this list of bugs and their fixes. The exhaustive list chronicles crashes and errors, such as Java’s failure to update when a Windows patch is outdated. It also provides details on the upgrades that solve these common issues. As a response to recurring bugs, OpenJDK releases feature updates every three months.

How Do You Download and Install Red Hat OpenJDK on Windows 10?

Red Hat offers an OpenJDK build to simplify the process of downloading and installing JDK Open Source on a PC using Windows 10. Like other types of OpenJDK, Red Hat’s build is accessible to users in multiple formats.

Red Hat provides developers with the tools to complete OpenJDK set up manually or with the assistance of an installer. Simply go to the official Red Hat website and choose whichever installation method you prefer.

To download Red Hat OpenJDK, go to C: drive, download the ZIP windows distributions, and extract the appropriate file to your preferred storage location. Continue installation like you would for OpenJDK on Windows 10.

After installing community OpenJDK and extracting the zip file, determine the environment path. Configure and edit path variables as needed, then verify the validity of your installation.

How Do You Install JDK and JRE on Linux Platforms?

To install JDK and JRE on Linux, follow the same general steps used to download and configure OpenJDK on Windows 10. Be mindful, however, of system requirements and installation tips that apply to Linux specifically.

Before beginning installation, delete the old version of Java from your PC. Then, link to the plugin via the Firefox plugin directory. Verify successful installation by typing “about:plugins” in the Location field and reviewing the provided information.

How Do You Install JDK and JRE on MacOS?

System requirements for Java on MacOS include administrative privileges and an Intel processor that runs Mac OS or Mac OS X. Uninstall the existing version of JRE on your PC before installing JDK so that the two can sync.

Download the file “jdk-10.interim.update.patch-macosx-x64.dmg” to accept the licensing terms for JDK and JRE for MacOS. When the file has finished downloading, open it and double-click the file icon to begin installing the software. Click “Continue” and then “Install” to complete the setup.

Teams of software developers have begun making the switch to OpenJDK due to its added security, convenience, ease of use, and low cost. While frequent updates allow more room for bugs, JDK Open Source makes up for this minor inconvenience by offering much-needed features and capabilities to a growing audience of programmers and developers.Security is essential in open source programming. Developers and programmers can count on SOOS’s open source software vulnerability scanning tools to identify vulnerabilities.